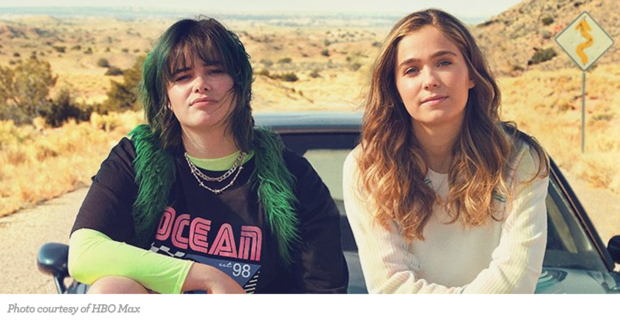 Clear your schedule for tonight! Just kidding, we know there’s no such thing as plans anymore—but we’ve got something for you to do! HBO Max has a new movie out called Unpregnant, and it’s so, so good. Do yourself a favor and watch it. (And by the way we’re not being paid to say this, we just genuinely loved this movie.)

Also, we happen to have just created Abortion Finder, and the kismet is real. It’s a digital search tool connected to a comprehensive, nationwide database of verified abortion providers. If you enter your location, your age, and the first day of your last period, we’ll tell you how far along you are and where the nearest places are where you can get an abortion at your pregnancy stage. We’ll also tell you all the relevant state law information (like whether parental consent is required if you’re under 18).

Now, back to why we loved Unpregnant:

1. It shows how real the struggle is to get an abortion in some parts of America

First of all, abortion is legal in all 50 states plus Washington, D.C. However, that doesn’t mean that it’s always easy, or even possible, to get an abortion in all 50 states. Veronica’s situation in Unpregnant is a perfect example of why. Different states have different laws regulating abortion, so it’s harder to get in some states than others. Currently, parental involvement is required for minors who want an abortion in 37 states.

And parental involvement laws aren’t the only thing that can make getting abortion hard. Some states also make it harder to get an abortion by placing limits on how far into pregnancy abortion is allowed. Some require “waiting periods” between talking to a provider about getting an abortion and actually getting the abortion. All of which means that the idea of having to travel hundreds of miles to get an abortion is not something that was cooked up in a writers’ room—it’s the often-expensive and often-stressful reality for lots of people.

2. It dispels pervasive myths about abortion

At one point in the movie, Veronica calls out an anti-abortion activist for spreading the myth that getting an abortion can affect your ability to get pregnant. “That’s not true! I Googled it! And frankly that’s a very problematic falsehood to be spreading!” she yells out the window of a speeding car. She’s right—it’s not true. And we couldn’t have said it better ourselves!

Most importantly though, Unpregnant dispels the myth that getting an abortion is always a hard decision for people to make. It is a hard decision for some people, but that’s not everyone’s experience. Veronica, for example, knows from the start that she wants an abortion, and when it’s over, what she feels is simple: relief. She later tells her mom she doesn’t feel bad about it because it was the right choice for her. See what happens when you trust people to make their own decisions about their own bodies? It’s not that complicated!

3. It highlights the ingenuity of the teenage girl

Teenage girls are mocked pretty relentlessly, but in fact they’re goddamn queens. Veronica and Bailey (Barbie Ferreira) have more creativity and grit in just one of their pinky fingers than most adults we know. And honestly, who besides a teenage girl could possibly roll up to an abortion in a limo?

4. It gives a clear, honest depiction of the process of getting an abortion procedure

When Veronica has her counseling appointment at the abortion clinic, they walk her through what she can expect step by step. It’s downright refreshing to see the process of getting an abortion explained—from changing into a gown to getting IV sedation (yes, you can be super relaxed or even asleep the whole time!) to the procedure itself taking under 10 minutes to what the recovery room will be like. It’s much less scary when you know what to expect. Like we always say, knowledge is power. And we’ve got more info over on Abortion Finder about what it’s like to have an abortion procedure and what it’s like to take the abortion pill.

The fact that we’ve now been blessed by a buddy comedy slash friend love story about abortion is the first point in 2020’s favor that we’ve found so far. The love between Veronica and Bailey isn’t without its challenges and bumps in the road (sometimes literally), but it’s ultimately so pure that it prevails over every imaginable challenge—deadbeat dads, kidnapping anti-abortion activists, regressive laws designed to control women’s bodies. Watching these two figure it all out is a great break from the apocalypse.

Tune in to HBO Max and then let us know what you think.

P.S. Veronica opts to have an IUD placed while she’s still sedated, immediately following her abortion procedure. Curious how it works to start birth control after getting an abortion? We’ve got the scoop.

Um, can I get pregnant if…?

Whoops! Birth control you can use after sex

How to start birth control after an abortion 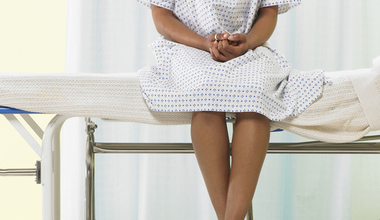