Alesondrje and her boyfriend used condoms when they first got together. But eventually they decided to move the relationship “to a deeper level” by getting tested for STIs and trading condoms for the sponge, a method her mom used back in the day and highly recommended.

Alesondrje likes to use the sponge along with another method of birth control because she just doesn’t trust sperm. But she does trust her boyfriend to pull out. So they use withdrawal and feel secure knowing that have two lines of defense against those sneaky sperm.

I really don't trust sperm—at all.

You get a total good feeling of her vagina and everything.

I really don't trust sperm—at all.

I got the sponges for free and have enjoyed them ever since.

The biggest perk is the 24-hour window.

No hormones, no prescription, and can be inserted up to 24 hours before sex.

How to Get Birth Control Over the Counter 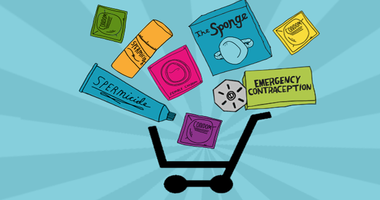 Birth control top 5: What methods do health care professionals use?