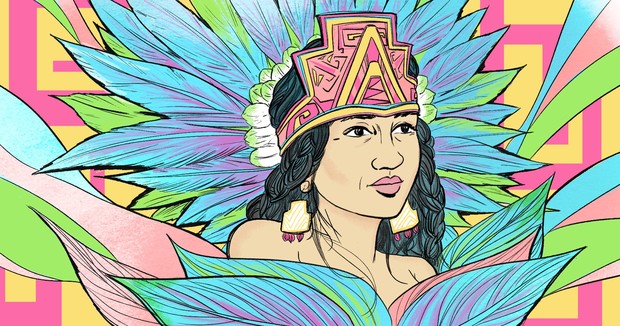 She is the patron of artists and also represents the sexual power of young women. She is the goddess of flowers, fertility, prostitution, and pregnant women. In one account, she even represented chocolate and was known for giving roses their scent.

According to Aztec mythology, if you sinned and wanted her to bless your crops as the goddess of agriculture, you would pierce your tongue and slide a piece of straw through it as you enter her temple. One piece of straw for every sin. (Ouch!)

Name: Xochiquetzal (it means Quetzal Feather Flower)
Country of origin: Mexico
Relationship status: It’s complicated. She was first married to Piltzintecuhtli (who also goes by the name Xochipilli and is the god of the rising sun, healing, and visions). Then she married Tlaloc, a water god. Then she was kidnapped by Tezcatlipoca, the god of night, to be his lover.
What she wears: A lot of times, she doesn’t wear much, but when she does it’s very colorful. Flowers, butterflies, hummingbirds, and feathers usually surround her.
Legend has it: She was made from two hairs off her first husband’s head.
Known as: Goddess of lovers, flowers, female fertility, agriculture, crafts and luxury items, desire and pleasure, prostitutes, pregnancy and childbirth, games, and dancing. She could absolve people of their sins. She also represented female sexual power and sex for enjoyment.

If you’d like to learn more about Xochiquetzal and the ceremonies held by those who worshipped her, read on.

And if all this talk about sexual pleasure and chocolate gets you in the mood, don’t forget the birth control.

P.S. Sex should feel good. If you’re feeling discomfort or pain instead of pleasure, try these six tips to take it from “ow” to “wow.”

Put a ring through it: Piercings and sex

Goddess of beds and what happens in them: Chuang-Mu 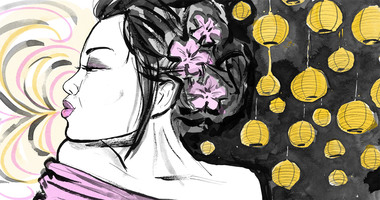 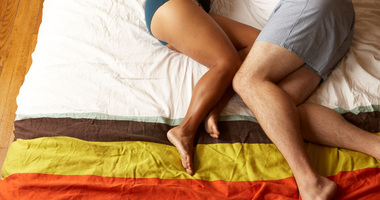 Get your motor running: How to jumpstart your sex drive