Everyone seems to have an opinion about fat women’s bodies. As the weather gets warmer—and clothes get skimpier—I worry about how those opinions are starting to ratchet up. Most days I feel powerful and sexy and ferocious, like no one can hurt me or tell me how to feel about myself. Some days I feel disempowered, like everyone’s opinion of me is more important than my own. And some days, I feel something in between.

I am having one of those powerful days today. It’s sunny and I am hella caffeinated. I’m wearing this black tank top with a deep v-neck. Boom: 5 inches of cleavage. Instantly. I haven’t shown this much cleave in a really long time. It’s bringing up a lot of feelings—sexiness, celebration, self-love, self-consciousness, fear, bravado.

I started to think about the history of my relationship to my breasts—like the years I spent showing them off in hopes that they could shield me from fat-hating language, the times they’ve gotten me extra cheese on my sandwich at the deli, the moments when they became part of an homage to my working class roots, the times that people have commented that if I were thinner or prettier I wouldn’t have to show so much skin, and the times I’ve been frustrated that I can’t just go braless without being catcalled and stared at.

I developed early, and I was really into it. I’ve heard a lot of stories about people who sprouted breasts and were ashamed or horrified. I don’t doubt the truth of those stories; I just never understood them. I love having boobs. I always have. The thing is, though, that boobs kind of live a private and public life. Like, they might mean one thing to me when I’m all alone in my house, but the minute I’m on the street they kind of become part of a scene. How I interact with that scene is the subject of this article.

I think I can say without a doubt that I was the horniest person at my high school. I was always thinking, planning, scheming about how to get a boy to notice me and become my husby. Everything on the TV said that boobs were a thing that boys liked. I had boobs, and I was fat so I had more boob than most of my friends. I thought this would give me an advantage. One of my classmates told me that I was mistaken: “Boobs on fat girls don’t count.” I was pretty devastated and I remember how enthusiastic she was about bursting my bubble. She was very thin and tall, and the first person in our circle to have had sex with her boyfriend (coincidentally many years later that very boyfriend reached out to me on Facebook and tried to hook up with me). I believed her horrible, bigoted lie, but it didn’t exactly stop me.

I remember not long after that being at church one Sunday and deciding I was going to go to the bathroom and pull my boobs over my bra and just walk around like that in a white turtle neck. It is still super embarrassing to remember that, but no one said anything. Not Clara, the goody two-shoes church secretary. Not my grandma, who hated sex more than any woman I’ve ever met. Not Mrs. Shaeffer, the most puritanical white lady at my church whose kids weren’t allowed to watch movies.

At that time I saw my breasts primarily as a commodity I could use to get a thing I wanted: romantic and sexual attention from men. I hoped my breasts would make my fat body seem more appealing, less ugly. I tried all kinds of experiments in hopes of catching me a man, but I never did get a boy at my high school to date me. When I finally did start dating, one of my boyfriends noticed that I used my breasts in sort of disembodied ways. “You know,” he said, “your breasts are beautiful, but they’re not the best thing about you. You’re smart and funny, too.”

Chapter 2: When my boobs were part of my anti-racist & feminist politics

At the age of 21 I was introduced to this thing called Sex Positivity. My new friends talked to me about orgasms, sexual pleasure, sex work, masturbation. They encouraged me to pursue a self-directed relationship to my body. This led to a golden age of cleavage. My boobs were always out, rain or shine. My cleavage was part of my identity. I loved how my breasts proclaimed that I was a “bad girl” who wasn’t afraid of her sexuality. I was in a mostly white environment, and I saw flaunting them as a way of honoring the loud and proud working class women of color I admired. I moved to San Francisco, where a buttoned-up, conservative white femininity prevails. I wanted to draw my line in the sand, and use my body to say “I’m different from you, and I’m into it.” My breasts gave me pleasure during sex, but I also used them like a political tool and a little like armor—or maybe even a weapon.

Then I met Jake. He was the kind of boy my grandma always wanted me to be with. White. Rich. And he wore a tie to work every day. Jake navigated a world that I had seen around me, but that I never felt like I was a part of. He took me to fancy parties and wineries. His friends were all thin and the women wore conservative looks from Ann Taylor (aka a lot of basics). I felt out of place in my low-cut cheetah print mini-dresses. In that world, my cleavage marked me as an outsider, and my boyfriend didn’t like feeling like an outsider.

He didn’t ever outright tell me that I was showing too much cleavage, but through subtle remarks, he steered me in the direction of what he called a more “tasteful” way of dressing. I began adding higher collars to my wardrobe, and I started to feel this new, weird kind of boob power: I could cover up my breasts as a way to belong to a more elite group of people, the kind of people I’d always been taught were better than me because of where I came from. I was amazed at how easy it was to give up my daily cleavage habit, but it wouldn’t be long before Jake and I would break up and my décolletage would make a serious comeback.

Chapter 4: A new relationship to my body & my boobs

After Jake, I made a promise to myself not to date anyone who made me feel ashamed of how I expressed myself (#MyBodyMyBusiness). A lot of things happened around the same time: I also stopped talking to my family, and I spent more time healing from fatphobia. These things led to a huge shift in no longer letting other people dictate how I related to my body.

Like a lot of women, I think I disassociated from my body in hopes of getting the things I needed (like love) and the things I wanted (like sex). I think women are taught that it’s normal to use our bodies like this, like they’re a thing we have to trade to get stuff. After years of letting other people’s rules, desires, attitudes and opinions dictate what I did with my breasts, I’m ready to be the author of my own boob story. People are going to keep having opinions about boobs, and I’m going to keep doing my own thing.

I no longer have hard and fast rules about my boobs—sometimes I go bra-less, sometimes I wear blouses that I button all the way up, sometimes I wear a bikini with a jean jacket as daywear, sometimes my nipples are visible, sometimes they’re hidden, sometimes I show side boob, sometimes I wear a sports bra that makes my chest look almost flat. I see them as a source of pleasure and fun, a way to express myself, part of my style and gender performance, but not a weapon and definitely not the only (or best) thing I have to offer.

How 4 common insecurities were invented, and what you can do about it 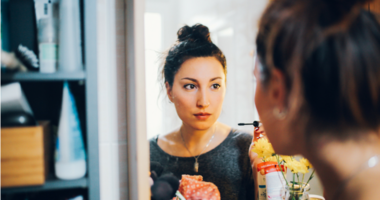 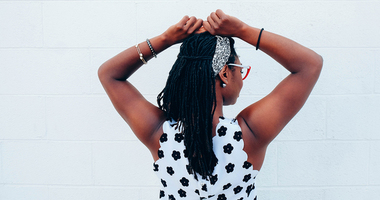 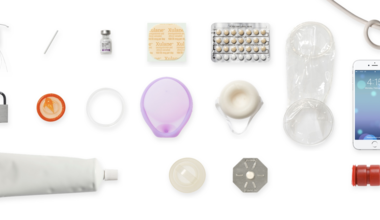 The feminist fairy godmother we all need: Getting to know Audre Lorde 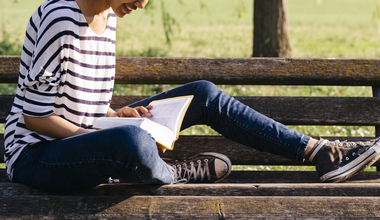 Your 2021 horoscopes: This year will be better 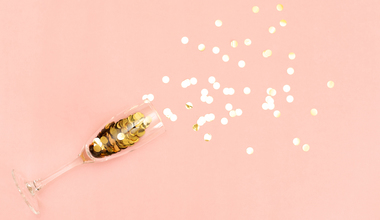 That burning feeling when you pee: Urinary tract infections 101