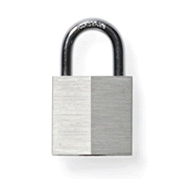 "Not right now"
Norelle, 22, not right now
"I needed to change the way I think about myself."

Norelle used to have sex. Lots of it, in fact. But after being diagnosed with a UTI, a yeast infection, and a STI—all at once—she decided to make a change and not be so “out there with the guys.”

Rather than trying to find the right person, though, Norelle decided to be the right person. She focused on respecting herself first, expecting that others would follow her lead.

Seems to have worked out. Norelle now has a serious boyfriend who has made his own decision to say “not right now.” It’s not that they don’t have urges; they just avoid putting themselves in the position to act on them. And for now, that’s what works for them.

"Not right now"
Tee, 21, not right now
"If we’re going to have sex, we need to have this conversation." "Not right now"
Anna, 19, not right now
"Once it's your own choice, that's what keeps you truly motivated."
1
Is "not right now" right for you?