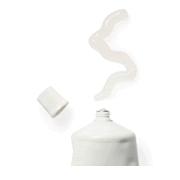 Spermicide
Kevin, 21, Spermicide
"After 15 minutes it disperses and allows for three hours of safe sex."

We say film, you think movie. But for Kevin and his girl, it’s their birth control method of choice. She inserts a small, thin piece of vaginal contraceptive film at least 15 minutes before sex and the film dissolves and disperses spermicide inside her.

The only drawback for Kevin is if they don’t plan ahead. They might have to stop the action, put in the film and wait out those 15 minutes it takes to dissolve. (But he says this usually isn’t an issue.)

They turned to this method because she found condoms to be painful and there are no hormones involved. If you try it, make sure you’re not too sensitive to the ingredients. (Spermicide can irritate some people down there.) Spermicide
Courtney, 28, spermicide
"The spermicide is just something that I do for me." Spermicide
Marisela, 29, spermicide
"He's in charge of buying the condoms and the foam."
1
Is spermicide right for you?